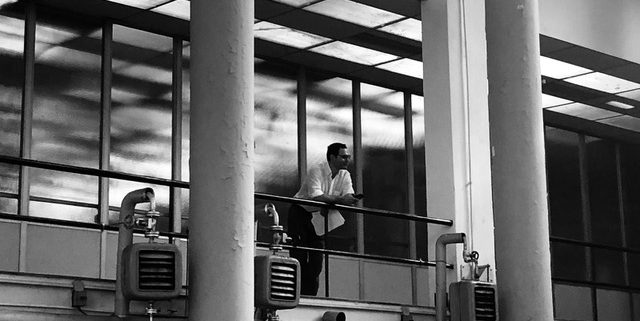 Antonio Scarponi describes himself as an architect who thinks like a designer, draws like an artist, dreams like a poet. To “think”, to “draw” and to “dream” are the three aspects that characterize his work.

Founder of the Zurich-based office Conceptual Devices, Antonio Scarponi studied architecture at Cooper Union, New York and at IUAV, Venice, from which he holds a PhD in urban design.

He has been teaching Urban Design at IUAV, Venice, Space design in KTH, Stockholm, Design in NABA, Milano and Interaction Design at the Zurich University of the Arts where he is currently developing an interdisciplinary program around Arts and Space. He is the co-founder of TANTOOO, a fairytale beanbag (originally designed for his daughter) and the author of ELIOOO, a manual to turn consumers into the manufactures of an idea and IKEA into a distributor of supplies for a product that does not exist.

Draws: the act of drawing is for Antonio a raw form of knowledge production that allows not to explore the relationships between objects and people, but to build possible ones.

Dreams: The generative design approach and methodologies designed by Antonio devices, evoke, suggest, allow different forms of society, imagined but plausible. He often describes his work as a network between utopias, an archipelago with the attempt to transform them from islands into peninsulas.

What had the most impact on your life / did you learn from?

I have to say that I do not like the word “impact”. I have the impression that it is not appropriate to describe what we mean by it. Impact is a violent term. I do not want to impact anything, and I do not want to be impacted, so let’s see if we can find another word maybe more appropriate. At least for me.

I have spent my childhood and adolescence between long and very crowded hot sand beaches in the spring-summer times, and lonely, isolated, empty hilly vineyards in winter and fall. So, to answer your question, I can say that the beach and the countryside have many things in common that undoubtedly had an impact on me. They are both “palimpsests”. They continuously change over time. They both have their rituality. They both have a rigid tempo. And although they are both wild in opposite senses, they are at the same time two very disciplined environments. These are two specific cultural loci precisely squared within horizontal coordinates: the sea on the east side, the mountains on the west. North up, South down. In short, they are two archetypical landscapes, and they have their own very different but similar cultures. And here I come to my point. Culture does not “impact”. Culture seduces, infiltrate, shift, accompany, convince. It does not impact. Culture is a form of soft power, it does not impact. At least it does not in the physical sense. It impacts the mind, the imagination.

Why Impact Through Design in Zurich?

Design is historically strongly related to “impact”, in its physical sense. Our cities are the result of the relationship between conflicts and desires. Using this dichotomy, one could argue between “impact and seduction” where the impact is (historically) a policy or a form of top-down or paternalistic “imposition”, a norm, while on the other hand nobody knows what the desires that pulse in a city are.

A good friend of mine once told me that Zurich never convey the reformist Zwingli culture from the modern DADA revolution. This cultural dichotomy is exceptionally generative, and it creates diversity in Zurich. So, the Zurich case is more open, and it is much broader than “design”, which culturally is a solution-driven discipline while culture in general – and now I am referring to the arts specifically – is more “generative”. It provides possibilities versus solutions. No one is interested in solutions I think. They are boring. Challenges are open. Solutions are closed. Everyone identifies with challenges not much with readymade solutions. A cultural approach in a city like Zurich (which is one of the most livable cities in the world despite the fact that a coffee costs almost like a meal) enhance the imagination.

Zurich is a place where the future of Europe can be prototyped. So, let’s call it imaginative culture impact. This, I think, is impact through design in a city like Zurich today.

Want to join the discussion?
Feel free to contribute!